Only two feet allowed on the dinner table, never three. 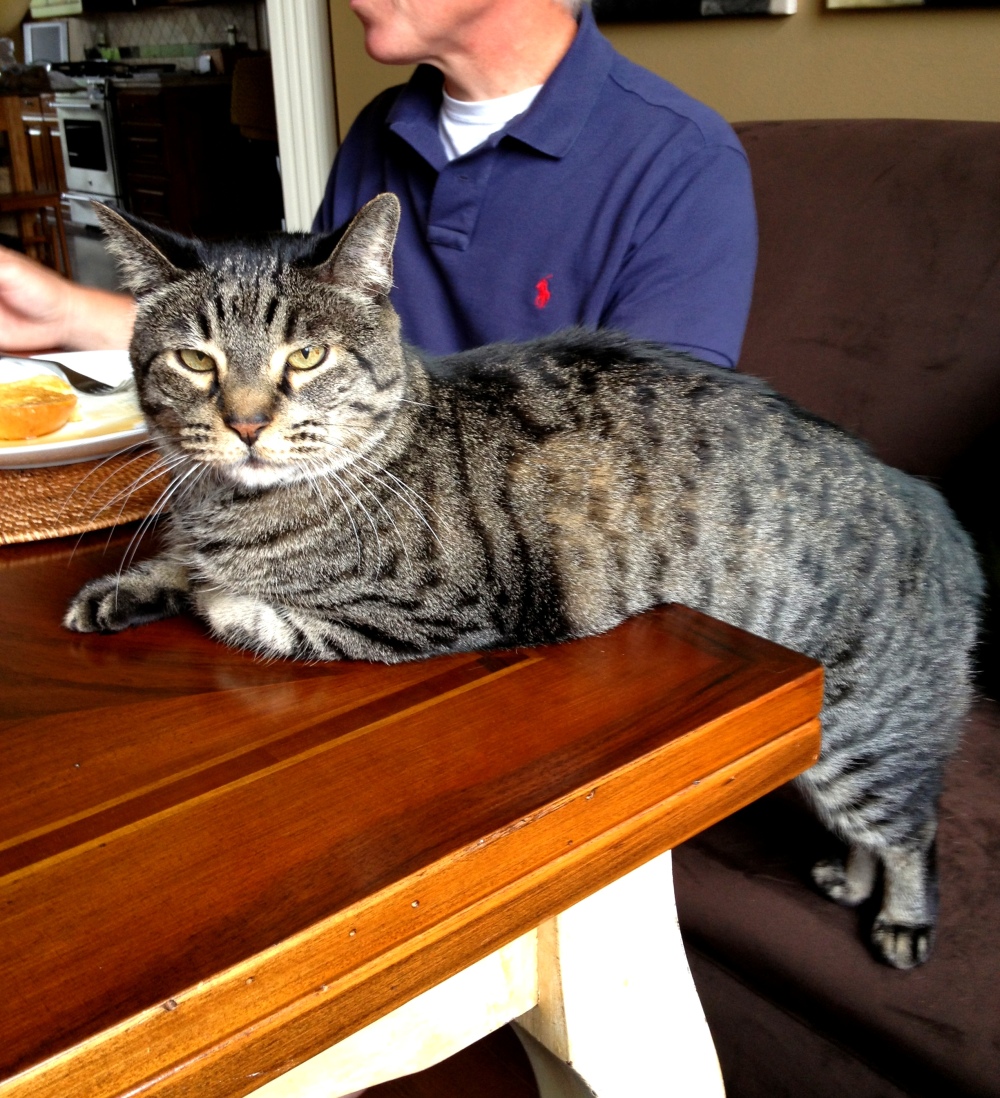 Bo claimed his spot at the table a few months ago. He’s there for the conversation, since his own kibble is served in the laundry room. Most mealtimes, he beats the rest of us there, taking up his position just before plates get filled. This was last Sunday, Father’s Day, and we had french toast made with challah for a late breakfast.

Challah is a spongy egg bread that makes great french toast. I have to go to a specialty bakery in Little Rock to get it, but it’s worth the trip. If you can’t find it where you live, make this with another delicious, dense white bread, like Italian or potato.

Also, I like to pour the beaten eggs through a fine-mesh strainer to catch the viscous threads, called chalazae, that anchor the yolk to the shell membrane of a raw egg. (When First born was small, her grandmother told her those strings were rooster sperm. [Slap forehead.] They’re not.) You can skip this step if you want to, but chalazae make mucus-like puddles that turn into egg white blobs on the finished toast. I strain.

Beat 4 eggs in a small bowl and pour through a fine-mesh strainer. Combine them with 1 cup whole milk, 1 teaspoon vanilla, and a pinch of salt. Pour the batter into a wide, shallow bowl (like a pie plate).

Preheat a griddle or large skillet, coating the cooking surface with a light layer of vegetable oil.  Cut a loaf of challah into 8-10 thick slices. Dip both sides of each piece in the egg batter, then sling it fast onto the hot pan. Let cook to a golden brown, then turn to cook the other side.

Serve hot with syrup and a sprinkle of powdered sugar, crisply cooked bacon on the side. 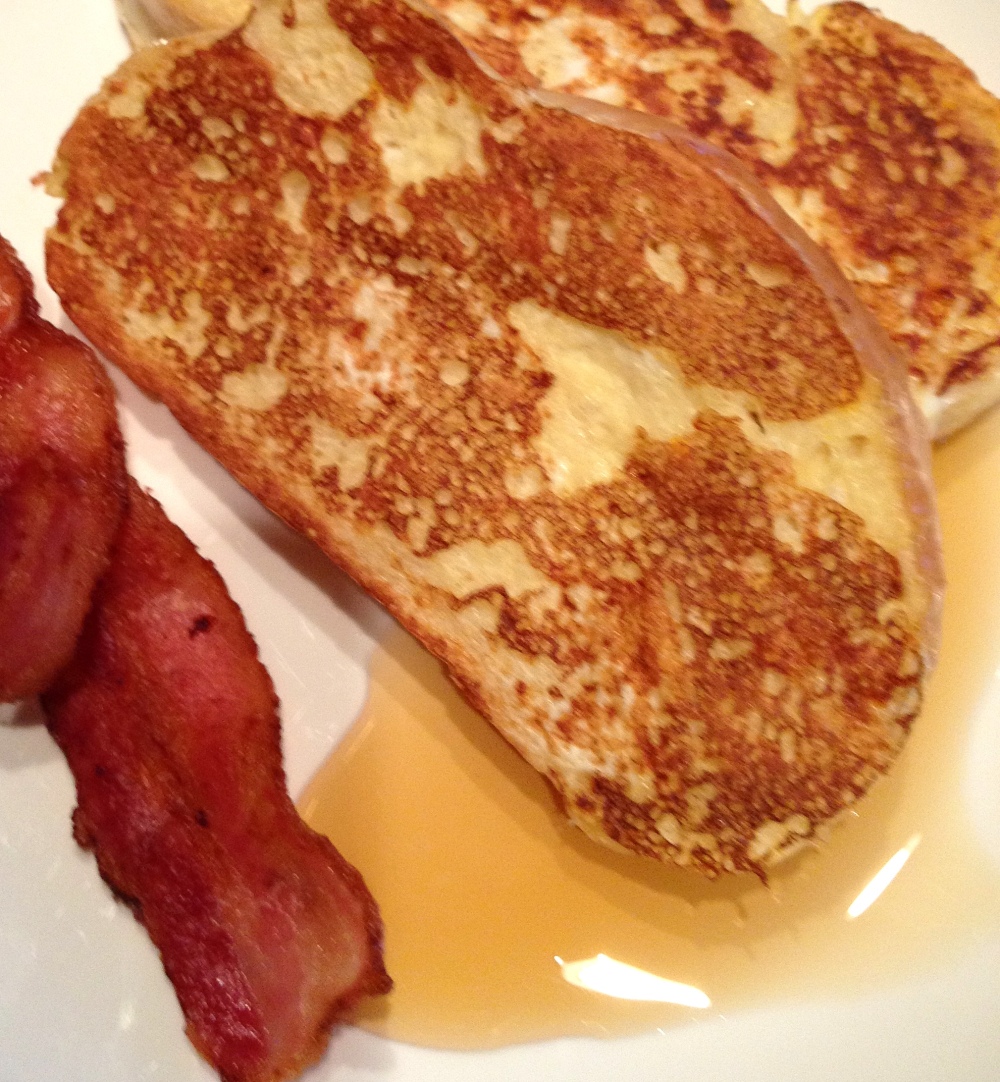