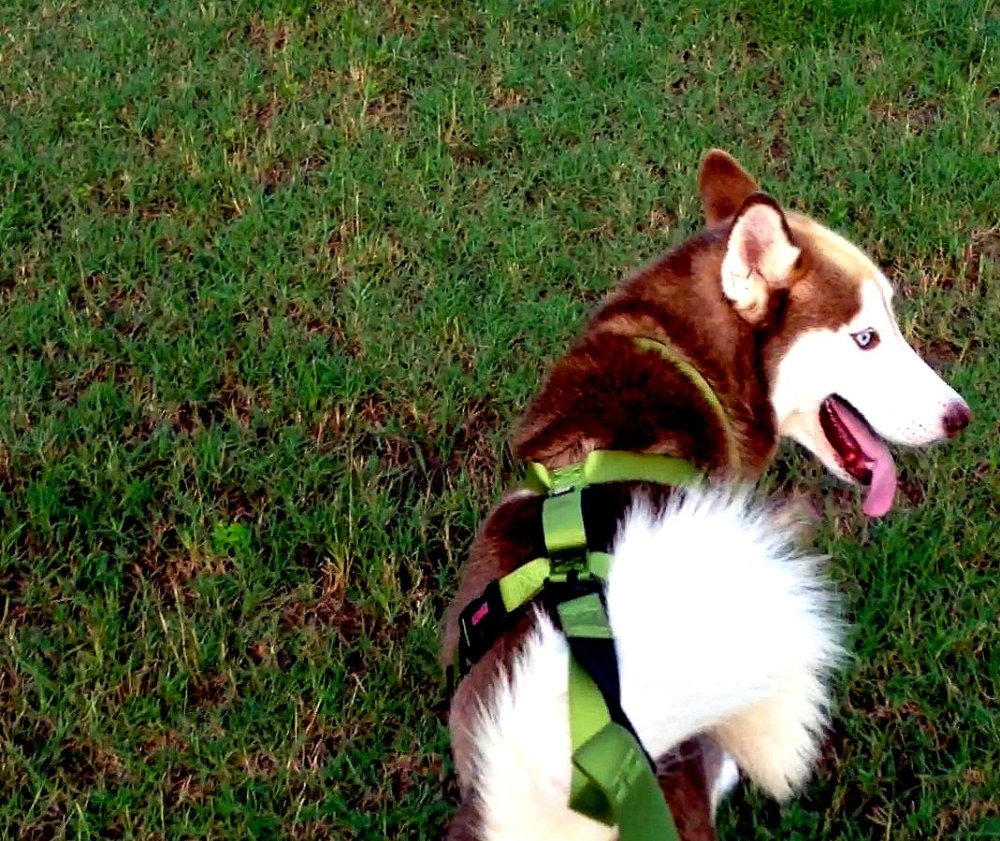 Here’s my daughter’s dog, Kai. We’re on our first walk together. It might be his first walk ever, since he’s a Siberian Husky shelter rescue with a dicey prior life. We started off well, albeit a little fast, and I felt confident enough to take a picture. Then I put my phone back in my pocket, noting with concern that Kai was beginning to trot. I haven’t trotted since 1998. At some point Kai’s ancestry kicked in, and he pulled hard on his leash. Just like that, he was transformed into the lead dog in the Iditarod, racing across the Alaskan tundra, and I became the sled.

If you happened to be driving down Highway 107 on July 29, 2013, and saw a streak of lightning trailing a green leash, followed much, much farther down the road by an overweight 50-something-year-old woman with scarlet cheeks, huffing along in orthopedic track shoes and screaming “Kai, Kai!” like a tropical bird, the latter was me. I eventually caught up with Kai only because his attention was diverted by another dog barking behind the last fence before the terrain turned into dense woods. I wrapped his leash around my left hand and held the rest with my right, reasoning that, if he got loose again and yanked my arm off in the process, the ballast might at least slow him down. We trotted straight home, at a (very) fast clip.

M, a longtime friend of Last born, married L in a lovely church ceremony on July 20. The best part of the reception afterward happened when the DJ began to play Middle Eastern music, a nod to the bride’s proud heritage. The dance floor filled with M’s raven-haired relatives and L’s fair-haired relatives, and friends of every other color and age. Shy dance novices followed the encouraging lead of the experts, and soon everyone was shaking their hips to the joyful, infectious rhythms in tribute to ancient tradition and modern love. Boundaries of time, space, and culture simply evaporated. I’ve never seen the Chicken Dance have that effect.

Elton John’s new song, “Home Again,” an early release from his album The Diving Board, due out in September. 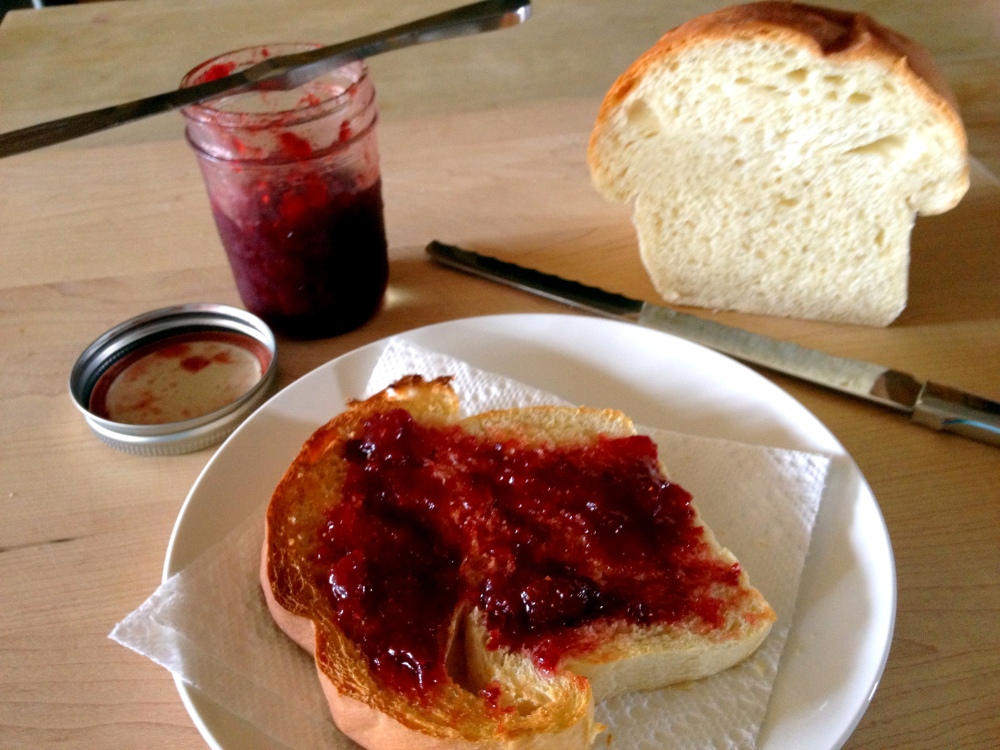