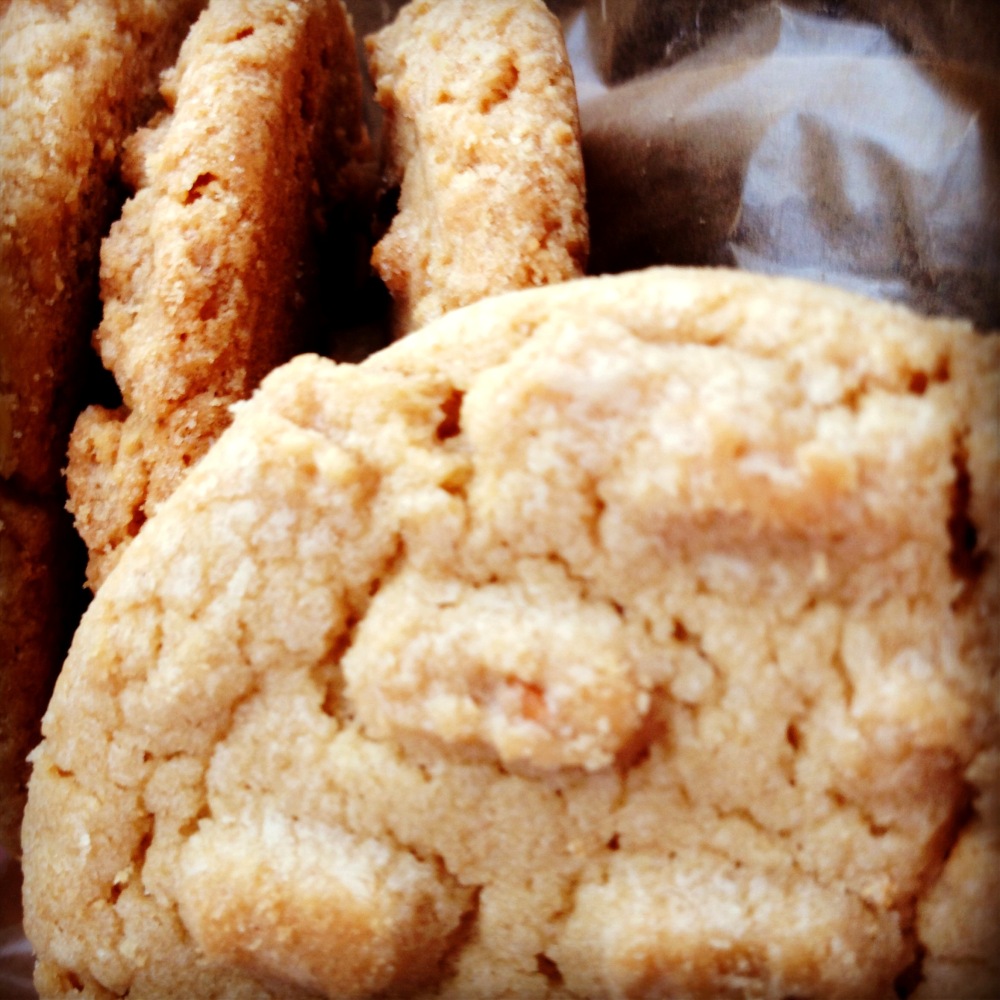 Reversing my car down the driveway as I headed to the grocery store this morning, I backed into the 64-gallon recycling bin that I’d wheeled out for pick-up last night, knocking it over and sending milk cartons, empty jam jars, wine bottles, and garbanzo bean cans clattering into the street. The noise was impressive. The only trash that rolled any distance were the wine bottles, of course. I tucked one errant bottle under my arm and chased two more that were merrily picking up speed down the block. Mental note: pick up some more chardonnay.

On my best days, I am absent-minded. (Has anyone else found their reading glasses in the front yard lately?) This morning I was in a hurry, and the distractibility factor was off the charts.

Today was my last day to cook for the Third Thursday café (aka St. Luke’s Respite Care), the group that offers a weekly day of much-needed respite for caregivers of people with dementia. I’ve volunteered there for about eight years, since my mother became a client when her Alzheimer’s advanced, but I gave notice a couple of months ago. I wanted to go out with a summer-flavored bang, so I made a vat of tasty shrimp salad to serve on toasted hot dog buns, with pickles and potato chips on the side. Peanut butter cookies were dessert.

The salad itself was simple. Because I was cooking for a crowd, I bought 6 pounds of frozen cooked, peeled shrimp at my local warehouse store. I had read a tip on page 389 of Southern Living’s 1001 Ways to Cook Southern (© 2010 by Oxmoor House Inc.), which recommended a brief bath in seasoned boiling water followed by a plunge into ice water to improve the texture of pre-cooked shrimp. I’m here to say, DON’T DO IT. I did a test-run with a pound of shrimp, and after two minutes in the boiling water, the shrimp shrank by at least 50 percent. That’s not only hard to say, it’s bad news when you have a lot of people to feed. Even worse, the shrimps’ texture was not improved, and flavor was nonexistent.

The clock ticking, I resorted to thawing the rest of the shrimp on clean cloth diapers (kitchen use only!) in a single layer on half sheet pans set out on the kitchen counter. Once most of the ice melted, I rinsed the shrimp with cold water in a colander, then dried them on fresh cloths and chopped them roughly. In a big bowl, I combined 2 heads of thinly sliced celery, 2 chopped yellow bell peppers, a dozen chopped green onions, and a dozen diced hard-boiled eggs. Into the mix I added the chopped shrimp (and shrunken shrimp), then added enough mayonnaise to hold everything together, along with judicious amounts of celery salt, onion powder, and seasoned salt, plus a little Old Bay Seasoning to boost the seafood flavor. Season and taste, season and taste. Serve on toasted hot dog buns. The extras I would have added to the finished sandwich (chopped fresh dill to sprinkle over the top and finely chopped lettuce and sliced tomatoes) are still sitting in my fridge now, where I left them in my absent-minded rush to get lunch to the church on time. To make this at home for fewer than 25 people, just reduce ingredients accordingly. A pound of shrimp, three stalks of celery, half a bell pepper, two hard-boiled eggs, and three green onions compiled this way will feed four. It’s probably best to make this salad the same day you serve it, before juices from the celery and bell pepper have a chance to dilute the mayonnaise.

The peanut butter cookies have been a favorite for many years. That cookbook page is stained with dough smeared there by First born when she was nearly a year old, propped up on the kitchen counter to “help” me cook. Her love for cookie dough must have started that day, and that messy page is a treasured memento of a long-ago time. I pointed it out recently to First born. “Gross,” she said.

She helped me unload my car of cooking equipment and a few leftovers when I came home from the respite care center after lunch. Before I could open my car door, she was laughing. “Look,” she said, and pointed to the side of my purple Honda Fit. There was the gas cap, dangling outside the closed gas compartment. I had filled up at a gas station on the way home, then driven off without replacing the cap. Lucky I didn’t uproot the gas pump while I was at it. Jeez, I thought. This absent-mindedness is getting out of hand.

Later I took peanut butter cookies to my dad at the assisted living place where he has a studio apartment. His own Alzheimer’s has progressed slowly, so I wasn’t surprised that he didn’t recognize me until I greeted him. It doesn’t help that he’s lost his glasses again, but at least he hasn’t helped himself to someone else’s pair like last time. (Mental note: order him some new glasses.) I gave him a bag of his favorite cookies, and he smiled. Homemade cookies make him happy.

Peanut Butter Cookies, adapted from The Fannie Farmer Baking Book, by Marion Cunningham, © 1984 by Marion Cunningham, published by Alfred A. Knopf, Inc. The original recipe lists a yield of 120 of what must be very, very tiny cookies. I increased the ingredient amounts by 50 percent and ended up with 52 cookies. I used a cookie scoop that holds 2 tablespoons of dough, and that made a nice-sized cookie; small enough to stash in a lunch box, big enough that one might be plenty. (……….Nah.)

Cut the butter into large chunks, and place in the bowl of an electric mixer. Beat until creamy. Slowly add both sugars, and continue to mix until combined. Add the eggs, beating until smooth, and then add the peanut butter. Mix well, scraping the bowl periodically with a rubber spatula, especially at the bottom of the bowl where some beaters don’t quite reach.

Once well-combined, add half of the flour and sprinkle over all of the baking soda and salt. Mix slowly to incorporate ingredients, then add the remaining flour and beat well. Scrape bowl and beater again, ensuring that all ingredients are thoroughly combined.

Line large baking sheets with parchment paper. Scoop 2 tablespoons of dough to make each cookie, placing them in rows a couple of inches apart on the baking sheets. Flatten with a potato masher, if you have one, to make the cookie’s distinctive crosshatch marks, dipping the head of the masher in granulated sugar between each pressing so that the dough won’t stick to it. The flattening and crosshatching can also be done with the back of a fork pressed side to side and top to bottom of each cookie. (Dip the fork in sugar, too, to prevent sticking.)

Bake until the cookie edges have darkened slightly and the centers are set. My large cookies took 17 minutes to bake in a convection oven. If you make smaller cookies, a shorter baking time will be sufficient. (Ms. Cunningham suggests a time of 8-10 minutes for her dainty ones.) Transfer baking sheets to racks for cooling.